Too early for hurricane season predictions?  After last years’ early start and record-setting season, maybe not.

AccuWeather predicts a “more active than average”  with up to 20 named storms, particularly:

The “start” of the  Atlantic hurricane season is June 1, but in recent years there have been hurricanes forming prior to that date.  The National Hurricane Center announced earlier this year that they will start issuing daily forecasts two weeks before the official start of the season.

An “average” season has 14 named storms and three major hurricanes. 2020 had a record 30 named storms with 13 hurricanes of which six were considered major storms.

Many factors affect hurricane development over the course of a season, including wind patterns, ocean surface temperature, El Nino/La Nina climate patterns, amount of dust from the Sahara in the atmosphere and more.

It’s never too early to be prepared and make sure you have the right insurance. 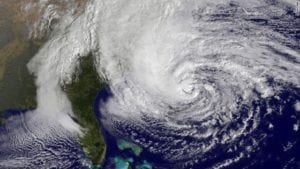